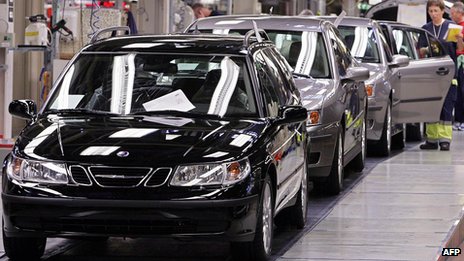 Saab will restart production on Monday as the firm’s new owners look to get the carmaker back on track.

The carmaker will restart production of its 9-3 sedan model at its Trollhattan factory in western Sweden.

The firm will initially make a petrol-powered version of the car with the aim of launching an electric version later.

“It’s very similar, you can’t change or develop very much in a year. We acquired the assets in August last year,” Mikael Oestlund, a spokesman for Nevs was quoted as saying by the AFP news agency.

“Our focus has been to get the co-operation up and running with 400 suppliers and ensure the facilities were working.”

Saab has seen mixed fortunes over the past few years.

US carmaker General Motors (GM) bought a 50% stake and management control of the firm in 1989, and gained full ownership in 2000.

To make matters worse, GM itself sought bankruptcy protection as the global financial crisis unfolded, forcing the US company to dispose of assets.

GM sold Saab to Dutch group Spyker, which in turn eventually sold the firm to Nevs in June last year. The new owners have said they want to focus on electric cars as they look to revive the brand.

However, Mr Oestlund said that initial production would be modest.

“We don’t want to make promises or forecasts we don’t know we can fulfil,” he said.

“We are humble and say we’ll start the production volume with low figures and be able to increase over time according to the market’s demand.”

Photo and Article from BBC Business. 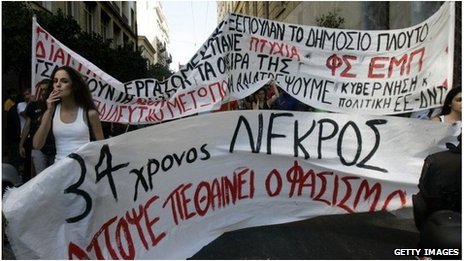 Eurozone finance ministers are losing patience with Greece, said the head of the Eurogroup, Jeroen Dijsselbloem, as the country submitted its 2014 budget.

Greece will exit its six-year long recession next year with 0.6% growth, the budget said.

The debt-laden country has received international bailouts since May 2010.

At The Hague, Mr Dijsselbloem told a Greek newspaper, the Ta Nea daily, that “many finance ministers of the eurozone are starting to lose patience”.

Greece’s deputy finance minister, Christos Staikouras, said the country’s economy would shrink by 4% this year, below the 4.5% predicted.

He said: “For the first time, the major sacrifices made by the Greek people are paying off, with the first signs of recovery this year.

“The conditions are being created for Greece’s return to international markets within 2014.”

The draft budget, submitted to parliament by Greece’s finance minister Yannis Stournaras, is due to be voted on in early December.

Greece sought bailouts after confidence in its ability to repay its vast debts evaporated, leaving it unable to find sufficient investors willing to lend it money via the bond markets.

In return for the rescue package, Greece had to restructure its finances, cut public sector pensions and pay, and impose new taxes.

The Eurogroup is made up of the finance ministers from the 17 nations that use the single European currency.

The necessary measures Greece needs to take to meet its bailout requirements in 2014 have been debated in Athens by the so-called troika, made up of the International Monetary Fund, European Central Bank and European Commission.

The troika has reportedly been at loggerheads with Greece’s government over home repossessions, among other issues.

In a joint statement, the troika said: “Good progress has been made, but a few issues remain outstanding.”

They are due to return to Greece in December.

Photo and Article from BBC Business. 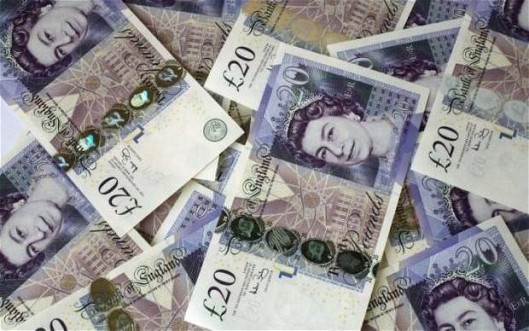 The economy is “a long way” from normality, the Bank of England’s Paul Fisher has warned, a day after the Bank raised its economic growth forecast.

Speaking on Radio 5 live’s Wake Up To Money, the Bank’s director of markets also said the timing of an interest rates rise was “extremely uncertain”.

It also said the unemployment rate could fall to 7% as early as next year.

Governor Mark Carney has previously said the Bank will not consider raising interest rates until the jobless rate falls to 7% or below.

But Mr Fisher pointed out that the Bank’s forecasts saw only a 40% chance that 7% unemployment would be reached in 2014, and said the figure should be seen as a “threshold, not a trigger” for an interest rate rise.

“The timing of a rate rise is extremely uncertain,” he said. “Our main message is output is growing fast again and looks to be sustained, we’ve got inflation down close to target and unemployment is falling. But we’ve a long way to go until the economy gets back to normality.

A fall to 7% unemployment would allow the Bank to “take stock”, he said, and see whether an interest rate increase “is appropriate at that time”.

“It doesn’t mean to say we will automatically raise rates then,” Mr Fisher added. “We won’t raise rates until we think it’s sustainable.”

The Bank of England’s Monetary Policy Committee, on which Mr Fisher sits, has kept rates held at historic lows of 0.5% since 2009.

He said rates could be expected to eventually rise back to “normal levels” of 4-5%.

On Wednesday Mr Carney struck a positive tone on the UK’s economic prospects, saying the UK recovery had “taken hold”.

“For the first time in a long time, you do not have to be an optimist to see the glass is half full,” he said.

A business-to-business website with the goal of connecting companies to establish international commerce and associations.

Trade with the world. Build associations.

Are you a Manufacturer/Supplier?

Are you a Buyer? Looking for Selling Leads?